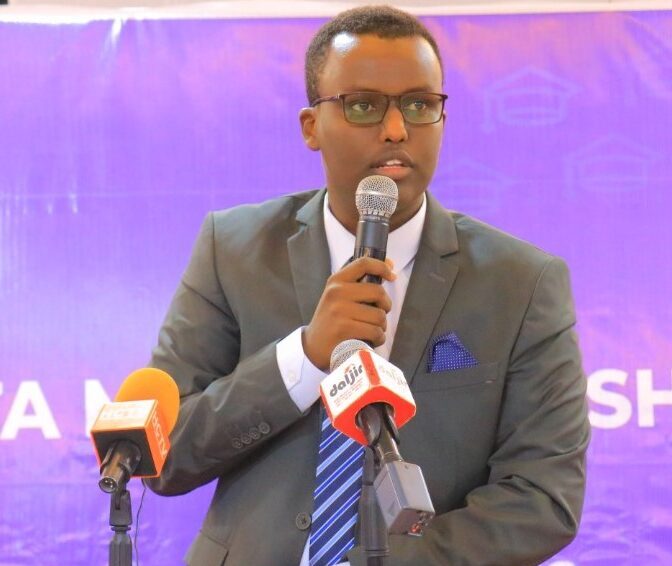 In my country, Somalia, it is common for citizens to discuss, or sometimes debate, current affairs and politics over tea. We call this “Fadhi ku dirir.” In recent years, “Fadhi ku dirir” has gone viral. Social media platforms that are commonly used for entertainment, networking, and selfexpression have also become avenues for political engagement. These new tools should help foster a new global wave of youth political participation that could help strengthen democratic governance. However, what happens online does not always transcend to real-world change.

Social media offers many opportunities to expand civic space, facilitate public discourse, and increase access to information for citizens. These opportunities are important especially because we have increasingly seen countries crack down on political activities in physical spaces. During the COVID-19 pandemic, for example, some governments used public health regulations to suppress citizens’ right to assemble and protest peacefully.

Citizens use social media and online platforms as a means of political participation. Online platforms contribute to enabling public accountability and increasing access to objective information about social, economic, and political issues pertinent to the community or country. To spread awareness and draw attention to specific events and issues, citizens also use naming and shaming campaigns and #Hashtag Activism. Through these activities, they highlight the poor performance of public authorities, forcing authorities to respond. This enhances public accountability and is conducive to democratic governance.

The accessibility of these platforms has made it easier to spread political information and help mobilize movements. However, using social media as a means of political participation also poses drawbacks. A critical shortcoming of these platforms is the problem of access. Due to poverty and low internet penetration in most of the underdeveloped world, vulnerable populations do not have equal access to such platforms causing the political discourse online to be dominated by educated people in urban centers, leaving other segments of society behind.

Moreover, digital authoritarianism is a growing threat globally and to some extent in my country. Defined as the organized efforts of governments and other organizations to suppress civic freedoms through threats and restrictions in the digital space, digital authoritarianism can include regimes leaking personal information of civil society activists, spreading fake news and conspiracy theories, performing invasive surveillance, or threatening harm to activists in order to disrupt their work.

Speaking from my own experiences in Somalia, young people use social media platforms mostly as a means of self-expression, keeping up with the political situation, and commenting on the state of affairs mostly with a good level of awareness and analysis (sometimes by subversive means by use of humor). However, what I see lacking is the translation of such awareness and engagement into an actual influence of public policy and participation in the political structures and processes.

Political activism on social media inspires people to model similar political behaviors, which in turn increases offline political participation. It may also generate interest and lay the foundation for offline political participation including organizing, campaigning, and voting in elections. However, it is clear that just being politically engaged online will not lead to democratic change and reform. Civil society leaders and activists must continue to find ways to integrate these tools into a larger movement and collective action. I had a discussion with Nigerian musician and activist, DJ Switch, and she emphasized this important message:

“In order to take online activism to the physical spaces, I would say to youth: join a political party, engage in grassroots community organizing, build organization among young people themselves, and get involved in lobbying your political leaders to make change”

Youth activists and civil society should aim to devise strategies and mechanisms to enable the transfer of online political activism and engagement to actual participation in politics and influence on public life. Social media can help organize movements and facilitate the sharing of information. But, to bring about and sustain real change, we must do more. Activists should actively employ these platforms as tools to form grassroots movements, build coalitions, organize collective action in the real world, and establish formal structures which can engage with power holders to bring about lasting political and societal change.

One way to do that is to capitalize on the “mobilizing effect” of these platforms to reach out to the majority of electorates who are less politically engaged and to target “critical citizens” who are already engaged and open to persuasion. This helps reach a critical mass capable of collective action beyond the realm of social media.

We can engage in online awareness campaigns by making information about political issues accessible in the form of tailored political messages with good information quality and calls to action. This is shown to be useful in times of critical importance in the political cycle such as elections and constitutional referendums.

We can use e-campaigning on websites and social networks to advocate for changes and protest real-life problems affecting our livelihoods. A recent example in my local region of Puntland in Somalia comes to mind, where a broad segment of people complained about a hike in the price of cooking gas. This built to an intense backlash and social media activism, mostly on Facebook, and included key government figures being called out. Under this pressure, the government responded and engaged with cooking gas companies, which resulted in a price reduction.

We also can utilize these platforms’ features of dissemination i.e., live broadcasting of in-person gatherings such as interactions with political figures and other real-life political activities, this encourages involvement and activism from a wide group of citizens and cultivates engaged citizenship. A useful example of this is how Twitter Spaces (audio only) is utilized recently in Somali politics as a predominant platform for political discourse, where political figures, intellectuals, and citizens come together to discuss current political affairs. This has led to increased political awareness, especially among youth who are the majority of social media users, and it also created an atmosphere where locals and diaspora could exchange political views in a virtual town square.

These platforms can also be leveraged to lay a foundation for creating and nurturing diverse networks among youth activists, established civil society, and social movements. These groups can then collaborate on means and initiatives to reach out to the communities that are not online, and at the same time, bring such communities’ needs, viewpoints, and concerns to the political debate.

The views expressed in this blog represent the opinions and analysis of the author and do not necessarily reflect those of the World Movement for Democracy or its staff.