A Tunisian Minister from Civil Society 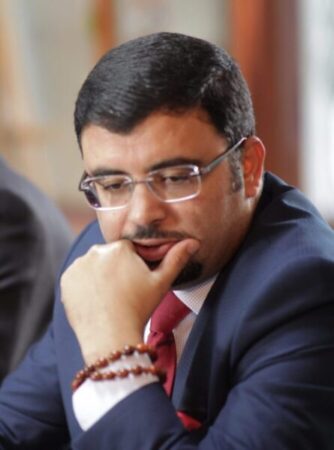 When the Tunisian revolution succeeded in toppling the regime of President Zine El Abidine Ben Ali on January 14, 2011, and the democratic transition train started, we had to develop three main establishments without which any democracy would not succeed: democratic parties, free media, and an active civil society, and this challenge was not of the simple kind. It was a rather complex and difficult challenge, and it remains so despite the passing of nearly ten years.

Just two weeks after the revolution’s success, I had packed my bags and resolved to return from exile. “I no longer have a reason to stay outside my country,” I said to myself, “I have to return to contribute to building the new Tunisia.” Experience that I accumulated for years stemmed from my activity in the civil society, whether as the founder of the Center for Support Democracy in the Arab World, which I founded in 2004 in The Hague, as president of the Arab Organization for Human Rights in the Netherlands, as a member of the Board of the Arab Program for Human Rights Activists, or as a director of the Arab Film Festival in Rotterdam. I was hoping to put this experience in the service of the young democratic Tunisia.

I knew from the beginning that the democratic transition is not just a political, constitutional or legal transformation, but it must be a deeper transformation. It must include changing policies, legislation and prevailing ideas and definitions of dictatorial rule; striving to spread democratic values and principles to new generations; and raising a new class of young leaders who will uphold their responsibility to democratic system. That is why I chose to work on the three fronts: contributing to building new political parties, continuing my journalistic and media activities, and helping to establish a new civil society.

My main goal when engaging in political work was to empower civil society’s approaches to governance, transparency, integrity, dialogue, anti-violence, respect for the environment, and the establishment of sustainable development. These approaches became common human values. Also, I wanted a new democratic Tunisia to be made according to the latest humanitarian standards, and for the new civil society to play the same role that civil societies play in the most mature democracies.

When President Beji Kaid Essebsi chose me to be a minister in the first government of the second republic (2015/2016), I made sure to be a minister respecting civil society. I was in charge of parliamentary affairs and the spokesperson of the government. My job was to help the parliament produce the large number of laws we needed as an emerging democracy and as a developing country, develop the economy, and promote government programs through the media. I placed all my energy on producing high quality work and being transparent and fair.

Throughout my government work, I have tried to confront special interests and corrupt lobbyists, to open up to citizens and work with civil society, and to advance democracy as much as my position would allow. This behavior was not acceptable to many parties that oppose reform wishing to maintain old methods of governance. In the end, I decided to leave the government rather than struggle against those who did not support change. After this experience, I became certain that the path of reform is long and arduous, but I still hope that Tunisia will not turn back and that the Tunisian candle will continue to illuminate the path of the Arab democratic movement.

Dr. Khaled Chouket is a Tunisian writer and journalist. He is the president of the Arab Institute for Democracy, and former member of the Tunisian parliament and minister of parliamentary affairs and spokesman of the Tunisian government in which he served from 2015-2016.