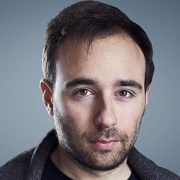 Yascha Mounk is a writer, academic, and public speaker whose work on the crisis of liberal democracy and the rise of populism has appeared in the Journal of Democracy and Foreign Affairs, among other publications. He is a lecturer on political theory at Harvard University and has authored three books, including The People vs. Democracy—Why Our Freedom Is in Danger and How to Save It.