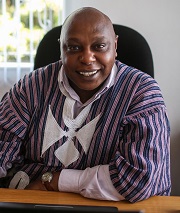 Maina Kiai is a co-director of InformAction, a non-profit organization which uses the power of film to engage and activate everyday citizens in Kenya. From 2011 to 2017, Kiai served as the United Nations Special Rapporteur on the rights to freedom of peaceful assembly and of association. As the inaugural UN Special Rapporteur for this issue, Kiai developed a strong mandate that brought the voices of civil society to the forefront and defended democratic space in an increasingly hostile international environment. Kiai also founded and served as the executive director of the nongovernmental Kenya Human Rights Commission between 1992 and 1998, and later as the first chairman of Kenya’s National Human Rights Commission from 2003-2008.