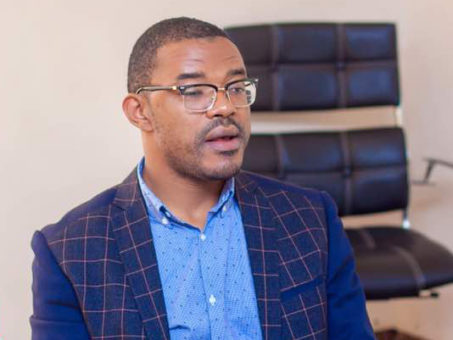 As we celebrate the 20th Anniversary of the World Movement for Democracy (WMD) today, I look back with a spirit of gratitude at some of the life-changing moments I have had with this movement. My engagement with the World Movement for Democracy began in March 2015 when I was invited to a conference in Dakar themed “Youth Leadership and Democratic Transitions in Africa.” The event brought together over 60 young people from across the continent in an inter-generational dialogue with elders. The hallmark of this conference was the shared experiences of young people making a difference through bold participation in their respective countries. We heard from the Y’en a Marre movement in Senegal, Le Balai Citoyen in Burkina Faso, the Vote Not Fight campaign in Nigeria, etc.

There was firmness in their resolve, and they had clear responses to the challenges faced in their countries. Perhaps one of the most pivotal moments during this conference was emphasis on greater cross-border collaboration, and the need for a platform on the continent to foster collaboration among young democrats. The idea of an African Movement for Democracy was born in this conference. There was a session that foregrounded opportunities at the WMD such as the Hurford Youth Fellowship, and related youth networks like the World Youth Movement for Democracy. Everything changed after that conference several years down the road!

I was selected with 2 others from Nepal and the Philippines for the prestigious Hurford Youth Fellowship in 2016 hosted by the WMD. I worked with accomplished colleagues to establish the African Movement for Democracy, which now has a Secretariat and a Board with very dynamic youth leaders, and is beginning to open up new frontiers for young people on the African continent. Only recently I was elected as member of the Advisory Board of the World Youth Movement for Democracy. Looking back at all these, I can say some moments in life are truly consequential and there is no way my life story could ever be complete without weaving it into that of the WMD.

On this 20th anniversary of the WMD, I will like to convey my fervent wishes of brilliant success in its continuing endeavors on the global space to consolidate democracy and ensure a free world. Alone, we are one drop, but together, we are an ocean.