Khadija Ismayilova (Image: Washington Post)
On February 21, 2017, former Azerbaijani political prisoner and journalist Khadija Ismayilova reported that Azerbaijani civil society activists were harassed, blackmailed and arrested days before Azerbaijani President Ilham Aliyev announced that his wife would be the country’s new vice president. Ismayilova said the arrests are connected to the government’s ongoing efforts to silence opposition, including those who might criticize the appointment. Her award-winning reporting shed light on corruption in the Azerbaijani government, however, it has also motivated the state to imprison her on baseless charges and attempt to silence her – a grave violation of her right to freedom of speech.

Earlier that month, Ismayilova was scheduled to speak via video to the European Parliament (EP) about Azerbaijan’s human rights abuses. Ismayilova has been under a travel ban since being released in May 2016, which prevented her from physically attending the event. However, minutes before her address, internet and electricity in her district were shut down and her cellular provider blocked her service. As she searched the city for an internet signal, several police officers followed and questioned her and her taxi driver. She eventually secured internet and delivered her speech to the EP, but her experiences exemplify the hostile environment that Azerbaijani activists face. 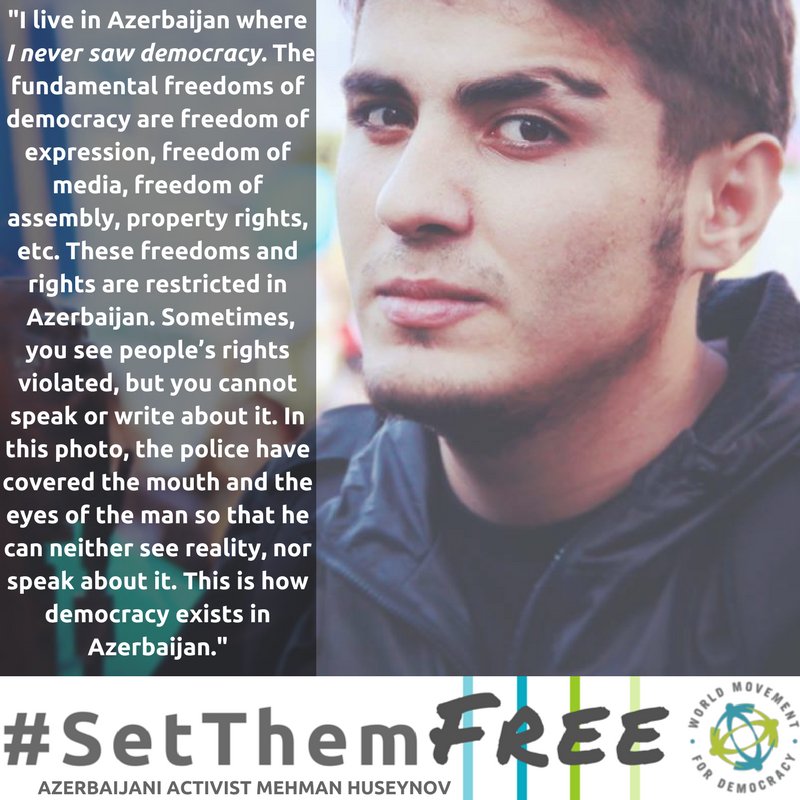